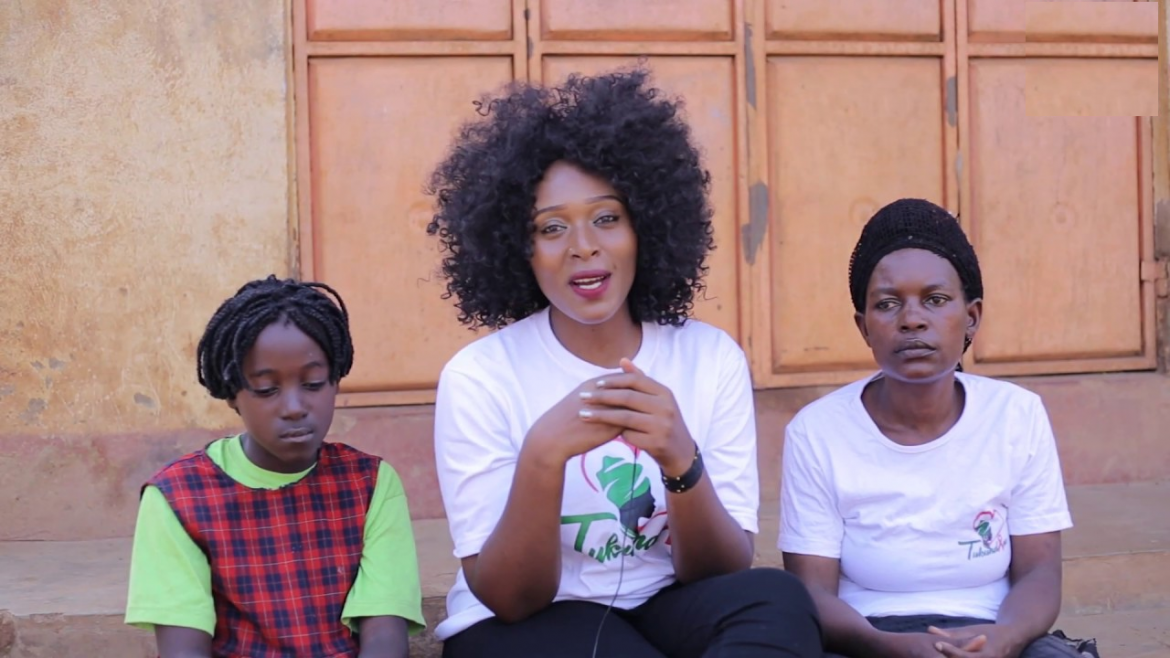 Meet Prosy one of Tukundane ladies together with her daughter Esther who was born with spinal bifida, a birth defect where there is incomplete closing of the backbone and membrane, which has made it difficult for both prosy and Esther to live happy life. Esther who is 11 years of age has to wear pampers since she can’t take herself to the bathroom.

On school days her mother prosy has to go twice to her school to change these pampers at the same time prosy has to carry Esther on her back so she can reach school due to the fact that Esther can’t walk for long without any assistance on days where prosy can’t afford boda fees which is  four thousand shillings daily.

Even with taking care of Esther, Prosy has to find time to attend to her stand of  tomatoes,onion,and other few things she currently sells to be able to afford Esther’s  pampers of which with even her small business still she is not able to meet the daily pampers that Esther needs. Esther only changes twice day however according to prosy required change of pampers is four times a day. Both Esther and prosy need your assistance to at least make Esther life little easier.